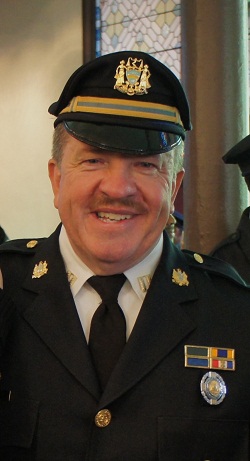 In addition, and to ensure further collaboration, Inspector Smith also works closely with the United States Department of Homeland Security, Pennsylvania Governor’s Office of Homeland Security and the City of Philadelphia and surrounding counties in terrorism prevention.

In his current position as Executive Director, Chief Inspector Smith has led the development and implementation of the Delaware Valley Intelligence Center, a regional fusion center in Southeastern Pennsylvania focused on the prevention of all hazards, all threats and all crimes.