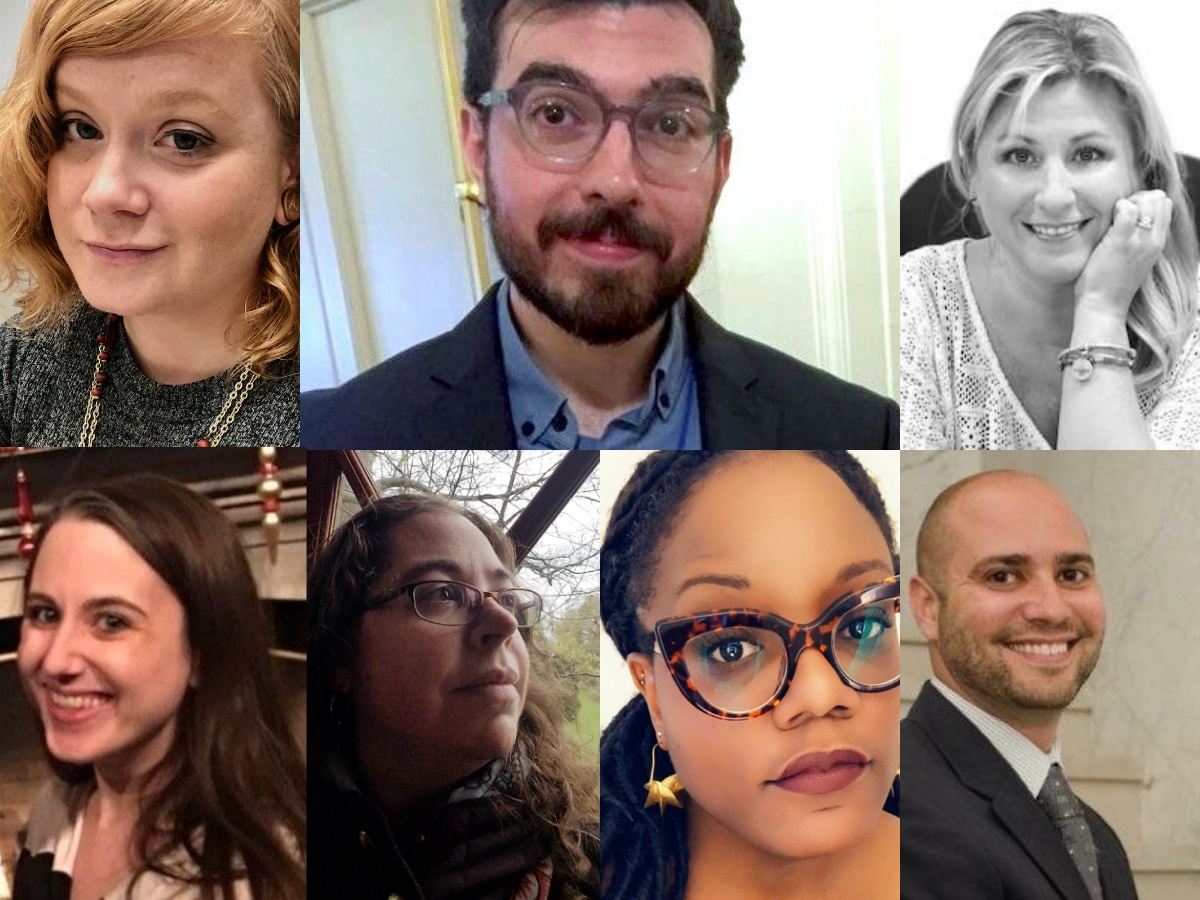 Are you thinking about a career in writing or publishing? Well, we know where you can get the inside scoop! On Saturday, February 22nd, the Rosemont College MFA in Creative Writing and MA in Publishing programs are proud to present our annual one-day Career Symposium

Our 2020 Career Symposium is free and open to all, and alumni, academics, and industry professionals with valuable insight on what you need to do to make it in today’s competitive writing and publishing job market.From resume and cover letter advice to illumination on what life might be like as an adjunct faculty member, get the tips and tools that will help you land the job of your dreams.This year’s panels include: 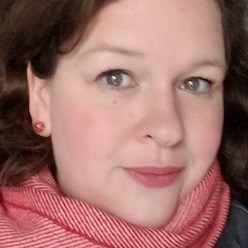 Carla (C. J.) Spataro is the director of the MFA in Creative Writing Program at Rosemon College. She is the editorial director and co-publisher of Philadelphia Stories magazine and PS Books. She is a Pennsylvania Council on the Arts fellowship winner for fiction. Her short stories can be read or are forthcoming in: Iron Horse Literary Review, Painted Bride Quarterly, Wild River Review, XConnect, The Baltimore Review, Mason's Road, 4' 33" (an online audio journal based in London), Permafrost, and others. Nominated for a Million Writer's South Award, she was also twice named a finalist in the Philadelphia City Paper Fiction contest, and was a finalist in the Mason's Road contest.

Her work was featured three times in the InterAct Theatre Company's "Writing Aloud" series (which was Philadelphia's version of NPR's "Selected Shorts.") As an editor, Carla has edited the fiction for three "Best of" Anthologies for Philadelphia Stories and edited the fiction and non-fiction for Forgotten Philadelphia and Extraordinary Gifts: Remarkable Women of the Delaware Valley. Her work has al so been included in the anthologies, Another Breath and 50 Over 50.

Rachel Kolman is a writer and editor based in Philadelphia, PA. She received her MFA in fiction from the University of Central Florida in 2012, and since then, she has taught at five different colleges, both in Florida and Pennsylvania. She currently teaches English Composition part-time at Drexel University. Rachel is also studying nonfiction writing at Rosemont College and currently serves as the Managing Editor of Rathalla Review , a literary journal at Rosemont College. Her writing can be found online in Bustle, Good Housekeeping, Elle, Cosmopolitan, Bodega Magazine, Whiskey Paper, and others.

Michael R. Fisher is a 2016 graduate of the Rosemont College MFA program in creative writing. He teaches first year-writing at Rowan University and Holy Family University, and has taught in the Summer Start-Up program at Rutgers University's School of Environmental and Biological Sciences. At Rowan, he was a 2018 recipient of the Writing Arts Department Adjunct Award for Outstanding Teaching. Michael's most recent work appears in Rock Music Studies.

Jennifer Rieger is a teacher and English Department Chair at Upper Merion Area High School and an English Literature professor at Cabrini University. An advocate for her students, she dedicates her time to empowering young people through reading, writing, and acts of love. Jen holds a BA in English, an MA in Literature, and an MFA in Creative Writing.In addition to being published in Chautauqua Journal where she's been nominated for the 2020 Pushcart Prize, Jen's work can be seen in Philadelphia Stories' 15th Anniversary Anthology, BUST Magazine, The Sigh Press, Wisconsin Review, and The Manifest-Station, among others. She's recently finished her first book, Burning Sage, a collection of personal essays reflecting on unconventional motherhood, unconventional teacherhood, and her accidental, and quite flawed, role-model existence. She lives in Philadelphia with her husband and two tiny dogs.

Rosie Corey grew up on Long Island and attended college at SUNY New Paltz, where she earned her Bachelors in Secondary Education with an English concentration and a minor in creative writing, graduating in 2012. She moved to Pennsylvania in 2013 to pursue graduate school at Rosemont College and graduated in May of 2016 with an MFA in Creative Writing. In the fall of 2016, she began teaching at Rosemont College and served as an adjunct in the Undergraduate Writing Program for 3 years. She was recently promoted to Assistant Professor of Writing and is completing her first year in that position.

Maureen McVeigh teaches Creative Writing and Composition at West Chester University and has taught for the University of New Orleans MFA program in Cork, Ireland. She earned an MFA from Rosemont College and MA from West Chester University.  Her essays and short stories recently appeared in Sonder Midwest, Cold Noon, Mothers Always Write, Flash Fiction Magazine and Calyx. She won second place in the Devil’s Party Press Spring 2019 Anthology. She was a runner-up in the Philadelphia City Paper fiction writing contest.

Athena Dixon is a NE Ohio native, poet, essayist, and editor. She is Founder of Linden Avenue Literary Journal, which she launched in 2012. Athena's work has appeared in various publications including GAY Magazine, Narratively, and The Great Lakes Review. She is a Pushcart Prize and Best of the Net nominee. A Callaloo fellow, a V.O.N.A. fellow, and a Tin House Workshop attendee, Athena is the author of No God in This Room, a poetry chapbook (Argus House Press). Her work also appears in The BreakBeat Poets Vol. 2: Black Girl Magic (Haymarket Books). Athena is the co-host of the New Books in Poetry Podcast via the New Books Network. Her essay collection, The Incredible Shrinking Woman, is forthcoming from Split/Lip Press (2020). She resides in Philadelphia.

Jordan Blum earned his MFA in Fiction from Rosemont College in 2011, and he currently teaches academic and creative writing courses at several colleges and universities. Outside of that, he's the founder and Editor-in-Chief of The Bookends Review (an independent creative arts journal), an Associate Editor at PopMatters, and a contributor to Metal Injection, Consequence of Sound, Kerrang!, and PROG magazine, among others. He's also the author of two books on music: On Track - Jethro Tull and On Track - Dream Theater.

Stacey Kucharik began her editing company, Polished Print, 12 years ago. She has worked with hundreds of authors to polish their manuscripts into publishable novels. Though her background began with academic editing, Stacey works with fiction authors exclusively and edits between 10 and 15 novels per year. Stacey holds two bachelor’s degrees in English with a focus on creative writing and communications, as well as a master’s degree in publishing with a focus on editing. She also holds a professional certificate in e-publishing. For more information about Stacey, visit www.polishedprint.com.

Roman Colombo finished his MFA at Rosemont College in 2010. For the past decade, he's been teaching at every college in Philadelphia that would have him. His first novel, Trading Saints for Sinners, was published in 2014 by WragsInk Press. He's freelanced for several companies, including Zaarly, a failed presidential campaign, and a sensationalized--not fake--news site where, for a year, his articles were the most read news features on Facebook. Currently, he is a writer and comics editor for the site Comic Years, and he's trying to find an agent for his new novels. He also teaches graphic novel writing, playwriting, and screenwriting at Rosemont. Basically, if you want to know how to script something, he's the guy.

Landing a Job in Academic, Medical, or Trade Publishing (3:00)

Joe Lerro is the sales manager for non-academic customers at Taylor & Francis. Prior to joining the sales team, Joe spent 3 years in Taylor & Francis' editorial department as an editorial assistant and managing editor. For seven years, in addition to executing his daily responsibilities, Joe has studied the past, present, and future of the academic publishing landscape. He recently joined the Rosemont community as an adjunct professor to teach students about the academic journals publishing industry.

Kate Heaney has over ten years of experience in scholarly publishing. Currently a Product Manager at Clarivate Analytics (home of Web of Science), she previously managed journals at Taylor & Francis and developed and acquired books for medical professionals at Wolters Kluwer. She’s worked closely with academic editors, learned societies, and authors over a career focusing on the business side of publishing. Kate holds a BA in English from the University of Delaware and an MLIS from Drexel University.

Michelle Bradley has worked in both the publishing and non-publishing industries for the last 8 years since graduating with a Masters in Publishing (focus in design and production)  She has worked at HarperCollins Publishers, as well as two different pharmaceutical printers / fulfillment houses (warehouses), and a small boutique marketing firm. She currently works at a pharmaceutical fulfillment warehouse in Quality Assurance and Regulatory Compliance, where publishing skills are integral to writing client suit responses an official memos, publishing consistent procedures and training documents, and ensuring the company is represented consistently internally and externally.