The Power and Place of Metaphor (and Mystery) in Poetry

Metaphor informs all aspects of our communication; we think in metaphor. The right metaphor invites readers deeper into the poem, as does a well-controlled sense of mystery. In this workshop we’ll focus on strategies to deepen, sharpen and vary the use of metaphor and control of mystery so that the poems we create will not only be read, but reread.

'We’ll examine published poems, and create, discuss, revise and re-discuss new poems. Please bring your wonder and playfulness and leave your harshest self-critic at home. Prose writers interested in learning poetic tactics that will, without a doubt, enrich your prose are welcome to be poets for the week!

No submissions. Instructor will, on request, read/ discuss work in progress during the week. 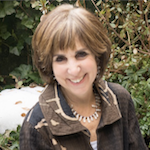 Her poems and short stories have appeared in a variety of nationally distributed anthologies, journals and ezines, and have been read on NPR. A former faculty member in Rosemont’s MFA program, Liz is Co-Founder of Around the Block Writers’ Collaborative. Poet, professor, gramma, activist, Liz wades knee-deep in the flow of everyday life from which she draws inspiration and, occasionally, exasperation.

Have a new short story in need of feedback? A promising draft that’s striving to get to the next level? This workshop-style course will focus on thoughtful discussion of participants' stories-in-progress, complemented by readings and writing exercises focused on creating tension, complicating characters, writing realistic dialogue, and more. Participants should submit one short story to the Conference by June 10. Instructor will provide detailed written critiques. 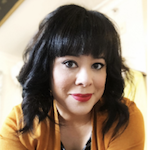 Erin Entrada Kelly received the 2018 Newbery Medal for Hello Universe, 2016 APALA Award for The Land of Forgotten Girls, and the 2015 Golden Kite Honor Award for Blackbird Fly, among other honors. She is a NYT-bestselling author whose work has been translated into more than 30 languages.

Taking it Public: Expanding the Forum for Memoir Essays in Times of Crisis

Using author Rebecca Solnit’s introduction to The Best American Essays 2019 as a starting point, we will examine “how the personal and the public can inform each other” and engage in generative exercises to capitalize on this linkage in our own writing. 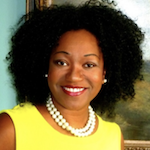 Artress Bethany White is a poet, essayist, and literary critic. Her collection of essays, Survivor’s Guilt: Essays on Race and American Identity is forthcoming from New Rivers Press/Minnesota State University in March 2020. She is the recipient of the 2018 Trio Award for her poetry collection, My Afmerica (Trio House Press, March 2019). Her prose and poetry have appeared in such journals as Harvard Review, Tupelo Quarterly, The Hopkins Review, Pleiades, Solstice, Poet Lore, Ecotone, and The Account.

White has received the Mary Hambidge Distinguished Fellowship from the Hambidge Center for Creative Arts for her nonfiction, The Mona Van Duyn Scholarship in Poetry from the Sewanee Writers’ Conference, and writing residencies at The Writer’s Hotel and the Tupelo Press/MASS MoCA studios. She served as 2017-2019 Visiting Professor of American Cultural Studies at Albright College in Pennsylvania.

This class aims to propel your novel forward, helping you generate new material and artfully edit your drafts. We’ll be using in-class writing exercises to discover riveting first lines, develop characters, build suspense, and make setting and objects do emotional work. We’ll talk about four-letter words such as “plot” and dive boldly into theme. I will also share useful techniques for self-editing, which is where much of the real art of novel writing happens.

I will be giving your novel excerpts a close read and we’ll be discussing them in workshop. By the end of this class, you will have generated many pages of new material and have a sharper idea of where your work is headed. 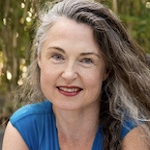 Jennifer Steil is an award-winning author and journalist. Her new novel, Exile Music, just released by Viking last month, follows the lives of a family of Austrian Jewish musicians who seek refuge from the Nazis in Bolivia in 1938. Critics write that "in a sea of Holocaust literature, 'Exile Music' stands out as wholly original and engaging." Her most recent novel, The Ambassador’s Wife (Doubleday 2015), won the 2013 William Faulkner-William Wisdom Creative Writing Competition Best Novel award and the 2016 Phillip McMath Post Publication book award.

It was shortlisted for both the Bisexual Book Award and the Lascaux Novel Award. The novel has received much acclaim, notably in the Seattle Times, Publishers Weekly, Booklist, and The New York Times Book Review. Jennifer’s first book, The Woman Who Fell From the Sky (Broadway Books, 2010), a memoir about her time as editor of the Yemen Observer newspaper in Sana’a, was hailed by The New York Times, Newsweek, and the Sydney Morning Herald.

Efficient Creativity: Your process can save you, but first you have to save it.  -- Writers face many challenges that stand between them and their work -- doubt, fear, and a lack of time and focus amid our chaotic lives. The key to overcoming these challenges is acknowledging your creative process, getting to know, questioning it, working with it instead of against, and, hopefully, allowing your process to evolve. In this session, we will look at these challenges and begin the process of creating a stronger sense of you own creative process and how to hand-tailor that process so you can dig deep.

Julianna will meet with individual authors by appointment on a first come/first served basis. Anyone registered for the weeklong retreat can schedule a session with her. Appointments can be arranged by contacting MFA program director Carla Spataro at cspataro@rosemont.edu. 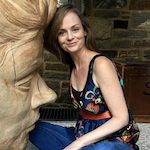