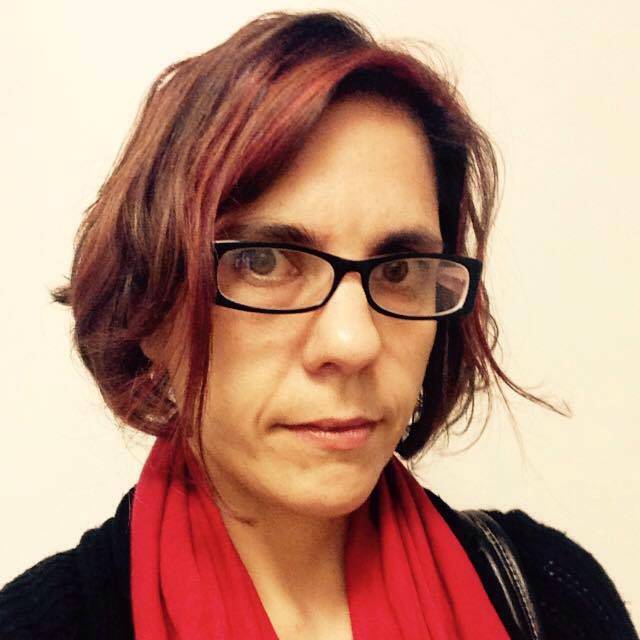 AUTUMN KONOPKA was the 2016 poet laureate of Montgomery County, Pa. Her poems have appeared in local, national, and international journals and anthologies, and her chapbook, a chain of paper dolls, was published by the Head & the Hand Press (Philadelphia, 2014). Autumn holds an MFA from Antioch University, and she teaches composition, critical reading, and creative writing in college classrooms and community-based settings. She is the President of the Philadelphia Writers’ Conference, and she curates the Arthur Krasnow Poets & Poetry Series in Elkins Park, Pa. Find her online at autumnkonopka.com.

VERNITA HALL is the author of Where William Walked (Willow Books), winner of the Willow Books Grand Prize for Poetry and of the Robert Creeley Prize from Marsh Hawk Press, and The Hitchhiking Robot Learns About Philadelphians (Moonstone Press), winner of the Moonstone Chapbook Contest. She finished second in American Literary Review's Creative Nonfiction Contest, was second runner-up for the Los Angeles Review Nonfiction Award, twice a finalist for the Cutthroat Barry Lopez Nonfiction Award, and is a scholarship recipient from the Fine Arts Work Center in Provincetown, MA (sponsored by Indolent Books). Her poems and essays appear or are forthcoming in numerous journals and anthologies. A technical writer and lifelong Philadelphian, Hall holds an MFA in Creative Writing from Rosemont College and serves on the poetry review board of Philadelphia Stories.

JOE SAMUEL “SAM” STARNES has published three critically acclaimed novels, including Fall Line in November 2011, which was selected to The Atlanta Journal-Constitution’s “Best of the South” list. His most recent novel, Red Dirt: A Tennis Novel, was released in April 2015 and was reviewed favorably by the Philadelphia Inquirer. His first novel, Calling, was published in 2005, and was reissued in 2014 as an e-book by Mysterious Press.com/Open Road. Starnes has had journalism appear in the New York Times, Washington Post, Philadelphia Inquirer, and various magazines, as well as essays, short stories, and poems in literary journals. He holds a bachelor’s degree in journalism from the University of Georgia, an MA in English from Rutgers University–Newark, and an MFA in Creative Nonfiction from Goucher College. He has taught writing at Saint Joseph’s, Widener, and other universities. www.joesamuelstarnes.com

RICHARD D. BANK, received his BA from Temple University and his Juris Doctor from the University of Pennsylvania Law School. He is the author of eight books including The Everything Guide to Writing Nonfiction, Feig, a novel, and his most recent book, I Am Terezin, a work of creative nonfiction about the concentration camp Theresienstadt, He is a past president and current board member of the Philadelphia Writers’ Conference and has published over 100 articles, essays, short stories and book reviews. Richard has taught writing courses at the University of Pennsylvania, Temple University and other venues. He currently is on faculty at Rosemont College in the Graduate Publishing and MFA programs where he teaches courses including creative nonfiction and publishing law. Richard provides services as a writing coach for serious writers.

BETH GOLDNER is a protocol associate, developing clinical trials in radiation oncology. For over a decade, she worked as a managing editor in medical publishing. She is the author of a short story collection (Wake) and a novel (The Number We End Up With), both published by Perseus Books Group. Her work was well received by the Boston Globe, Publishers Weekly, New York Times, Kirkus Review, Entertainment Weekly, and Orlando Sentinel. Her stories have appeared in a variety of literary journals, most recently The Baltimore Review and Westview (in press). She has taught creative writing at Rosemont College and Boise State University. She lives in Ardmore, Pennsylvania.

ERIN ENTRADA KELLY has worked as a professional editor for more than ten years. She is the author of BLACKBIRD FLY, THE LAND OF FORGOTTEN GIRLS, and HELLO, UNIVERSE, all with HarperCollins. She is the recipient of several honors, including the APALA Award for Children’s Literature, the Golden Kite Honor Award, and THE JOHN NEWBERY MEDAL. Kelly has also published more than thirty short stories in publications worldwide and was a finalist for the Philippines Free Press Award for Short Fiction. Kelly has extensive experience as a professional editor. She’s edited manuscripts for authors, studios, and marketing collectives, and currently works as a corporate copy editor for a Philadelphia-based company.

DONNA GALANTI is the author of the bestselling paranormal suspense Element Trilogy and the children’s fantasy adventure Joshua and The Lightning Road series. She is represented by Bill Contardi of Brandt & Hochman Literary Agents, Inc. Donna is a contributing editor for International Thriller Writers the Big Thrill magazine and regularly presents as a guest author at schools. She’s lived from England as a child, to Hawaii as a U.S. Navy photographer. Donna has long been a leader in the Mid-Atlantic writing scene as a workshop presenter. She’s taught on writing craft and marketing at writing conferences, retreats, regional writing organizations, and colleges and is also a writing contest judge at nycmidnight.com. Donna also loves teaching writers about building author brand and platform through her free training series at yourawesomeauthorlife.com. Visit her at donnagalanti.com.

GRANT CLAUSER is the author of four poetry books, Necessary Myths (Broadkill River Press 2013), The Trouble with Rivers (Foothills Publishing 2012), The Magician's Handbook (PS Books), and Reckless Constellations (Cider Press Review Books). He holds an MFA from Bowling Green State University where he was a Richard Divine Fellow. In 2010 he was named the Montgomery County Poet Laureate by Robert Bly. In 2014 he was a guest poet at the Sharjah International Book Fair in the United Arab Emirates. Poems have appeared in The American Poetry Review, The Cortland Review, Gargoyle, The Literary Review, Painted Bride Quarterly, Philadelphia Stories, Southern Poetry Review, Tar River Poetry and others. He also writes about electronics, teaches poetry at random places and serves as the poetry craft essay editor for Cleaver Magazine. His blog is www.uniambic.com.

CASSANDRA KRIVY HIRSCH, a Rosemont MFA graduate in Fiction (‘08), is the author of an historical romance, Under the Linden Tree (2012). She has written freelance features and articles for many regional publications since 1991, and her short memoir, “Ghosts”, was nominated for a Pushcart Prize. She has taught writing at Drexel University since 2008, both in the first-year writing curriculum and a course she designed in 2015 to teach memoir writing, bringing Drexel students with her to learn side-by-side with incarcerated individuals in a Philadelphia jail. She is a developmental editor for writers of fiction and memoir, and is collaborating on a screenplay adaptation of a young adult novel she drafted, called The Nature of It. One of the things she loves to help her students and clients discover, when they’re crafting fiction and memoir, is narrative point-of-view. 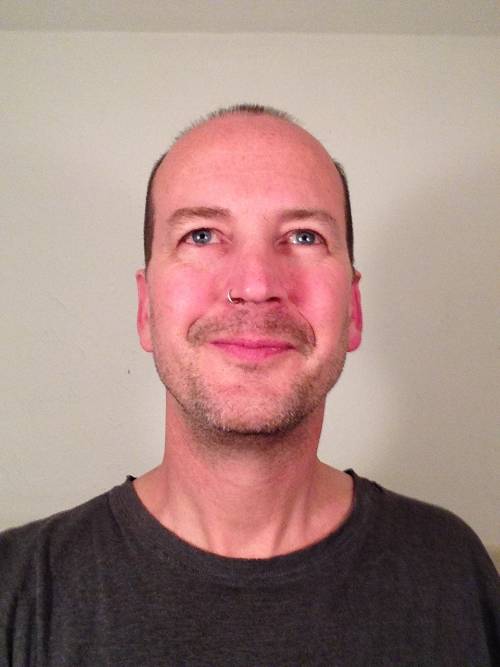 NATHAN ALLING LONG studied literature at the University of Maryland and Carnegie Mellon, and completed an MFA from Virginia Commonwealth, where he was the first Truman Capote Literary Trust Fellow. His work has appeared on National Public Radio and in over a hundred other publications, including Tin House, Glimmer Train, Story Quarterly and The Sun. His stories have won several international awards and have been nominated three times for the Pushcart Prize. His collection of fifty flash fiction stories, The Origin of Doubt, was just released by Press 53.  He lives in Philadelphia and teaches creative writing and women gender and sexuality at Stockton University in NJ. His story “Reception Theory” won the 2017 international OWT Story Prize and “Arctic” won the 2015 international Open Road fiction award.  Nathan’s collection of fifty flash fictions, The Origin of Doubt, was published by Press 53 in March 2018.

ROMAN COLOMBO finished his MFA in Fiction Writing from Rosemont College in 2010. His work has been published by Bookends Review, monkeybicycle, Rusty Nail, and various other literary journals. His first novel, Trading Saints for Sinners, was published in 2012 by Wrags Ink Press. In addition to teaching in the MFA and MA in Publishing programs at Rosemont, he also teaches College English and literature at Temple University and Bucks County Community College. In literature, he specializes in Graphic Novel studies and film. In writing, he specializes in every form except for poetry.

LIZ ABRAMS-MORLEY’S collection, Beholder, was published by Word Poetry, April, 2018. Her collection, Inventory, was published by Finishing Line Press in 2014. Necessary Turns was published by Word Poetry in 2010 and won an Eric Hoffer Award for Excellence in Small Press Publishing that year. Her poems and short stories have been published in a variety of nationally distributed anthologies, journals and ezines, and have been read on NPR.  She is co-founder of Around the Block Writing Collaborative,(www.aroundtheblockwriters.org). A sometimes professor in Rosemont’s MFA program who also teaches children at all levels in literacy in the schools programs, Liz wades knee deep in the flow of everyday life from which she draws inspiration and, occasionally, exasperation. 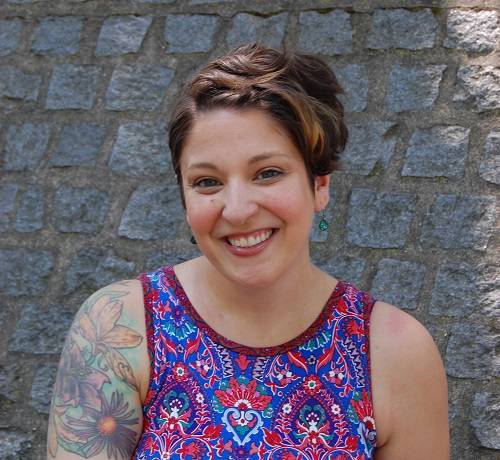 RAE PAGLIARULO is the Writing Life column editor for Hippocampus Magazine. Over the years, she has edited and read creative nonfiction for such publications as Rathalla Review, Philadelphia Stories, and Literary Mama. While earning her MFA from Rosemont College, Rae also built a career as a nonprofit Development Director, where her writing skills have helped her to earn support for social service and arts organizations. Her essays, poems, and articles have appeared in Full Grown People, Ghost Town, bedfellows, Hippocampus, The Manifest-Station, Quail Bell, r.kv.r.y. quarterly, and the Brevity Blog. Her work is anthologized in The Best of Philadelphia Stories: 10th Anniversary Edition. She is also the 2014 recipient of the Sandy Crimmins National Poetry Prize, and a 2015 Pushcart Prize nominee.