Join us for a marathon reading of Charles Dickens’ A Christmas Carol featuring alumni, faculty, and guest speakers.

Gregory Frost is the author of 8 novels, including the Shadowbridge duology from DelRey-Random House. It was an American Library Association Best Fantasy Novel pick. His latest short fiction appears in the September/October Asimov’s Magazine and in an upcoming issue of Weird Tales sometime real soon now. He won an Asimov Readers Award for a collaborative story with Michael Swanwick. His works have been finalists for the World Fantasy, Bram Stoker, Nebula, Hugo, International Horror Guild and Theodore Sturgeon awards. Along with Jonathan Maberry, he co-founded the Philadelphia Liars Club. And from his secret lair deep inside a mountain, he remotely teaches the fiction workshop at Swarthmore College. 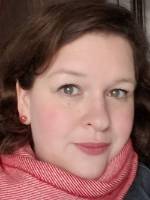 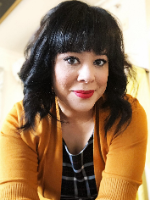 Erin Entrada Kelly received the 2018 Newbery Medal for Hello, Universe, the 2017 APALA Award for The Land of Forgotten Girls, and the 2016 Golden Kite Honor Award for Blackbird Fly, among other honors. She is a New York Times bestseller whose work has been translated into several languages. Her fifth book and first fantasy, Lalani of the Distant Sea, received six starred reviews and was named one of the best books of the year by the New York Public Library, The Horn Book, Booklist, BookPage, and others. All Erin’s books are Junior Library Guild Selections. In 2018, Hello, Universe and You Go First were both acquired for adaptation. Hello, Universe is being adapted by Netflix, and You Go First is being adapted for the stage. Her sixth book, We Dream of Space, is her first work of historical fiction. It’s set in January 1986, in the weeks leading to the Challenger disaster. Erin has a bachelor’s degree in women’s studies and liberal arts from McNeese State University and an MFA from Rosemont College. She lives in Delaware. She teaches in the MFA programs at Hamline University and Rosemont College. She also teaches fiction with Gotham Writers Workshop. Erin is mestiza and identifies as Filipina-American. Her mother is Visayan.

Susan Muaddi Darraj’s short story collection, A Curious Land: Stories from Home, was named the winner of the AWP Grace Paley Prize for Short Fiction, judged by Jaime Manrique. It also won the 2016 Arab American Book Award, a 2016 American Book Award, and was shortlisted for a Palestine Book Award. Her previous short story collection, The Inheritance of Exile, was published in 2007 by University of Notre Dame Press. In 2018, she was named a Ford Fellow by USA Artists. Susan also is a two-time recipient of an Individual Artist Award from the Maryland State Arts Council. She has also been awarded a Ruby’s Artist Grant from the Greater Baltimore Cultural Alliance and a grant from the Sustainable Arts Foundation. In 2019, she launched the viral #TweetYourThobe social media campaign to promote Palestinian culture. Later that year, she was named winner of the Rose Nader Award, by the American Arab Anti-Discrimination Committee (ADC), an award given by the Nader family to a person who “demonstrates an unwavering dedication and commitment to values of equality and justice.” In January 2020, Capstone Books launched her debut children’s chapter book series, Farah Rocks, about a smart, brave Palestinian American girl named Farah Hajjar. 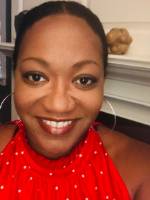 Artress Bethany White is a poet, essayist, and literary critic. She is the recipient of the Trio Award for her poetry collection, My Afmerica (Trio House Press, 2019) and the author of a debut essay collection, Survivor’s Guilt: Essays on Race and American Identity (New Rivers Press, 2020). Her work has appeared or is forthcoming in such journals as Pleiades, Harvard Review, Birmingham Poetry Review, Tahoma Review, Green Mountains Review and The Hopkins Review. She is associate professor of English at East Stroudsburg University and serves as nonfiction editor for the literary journal Pangyrus. White also teaches poetry and nonfiction workshops for Rosemont College Summer Writer’s Retreat in Pennsylvania. (Author Website: Artressbe