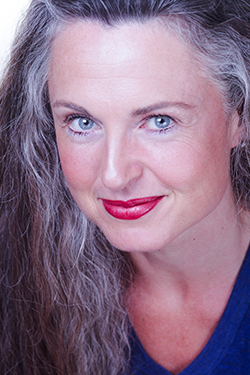 Jennifer Steil is an award-winning author and journalist. Her new novel, Exile Music, just released by Viking last month, follows the lives of a family of Austrian Jewish musicians who seek refuge from the Nazis in Bolivia in 1938. Critics write that "in a sea of Holocaust literature, 'Exile Music' stands out as wholly original and engaging."

It was shortlisted for both the Bisexual Book Award and the Lascaux Novel Award. The novel has received much acclaim, notably in the Seattle Times, Publishers Weekly, Booklist, and The New York Times Book Review. Jennifer’s first book, The Woman Who Fell From the Sky (Broadway Books, 2010), a memoir about her time as editor of the Yemen Observer newspaper in Sana’a, was hailed by The New York Times, Newsweek, and the Sydney Morning Herald.