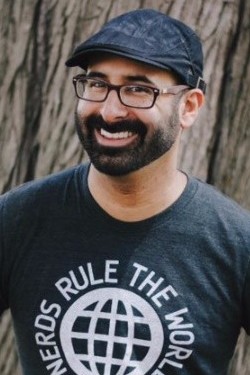 Eric Smith is an author, blogger, and literary agent in Ann Arbor, Michigan. By day, he can be found working as an Associate Literary Agent for P.S. Literary. When he isn’t seeking out new voices and their writing, he fusses over his own.

Before he became a literary agent with P.S. Literary, Eric could be found at Quirk Books, an indie publishing house in Philadelphia.

Here he had the honor of working with a number of awesome people, New York Times bestselling authors, and scores of wonderful books, including William Shakespeare’s Star Wars, Miss Peregrine’s Home for Peculiar Children, The Last Policeman series, and the Pride & Prejudice & Zombies series.