The Institute for Ethical Leadership and Social Responsibility hosts a monthly colloquium series which explores pressing issues in ethics and leadership. The colloquia, led by experts in their respective fields, serves as a platform for dialogue and discussion on topics ranging from systemic racism, digital privacy, pandemic ethics and other Covid-19-related problems, to fake news, sports ethics, and civility in political discourse.

The series takes place via Zoom and is free and open to the public. The Zoom link will be emailed to participants in advance of each date. 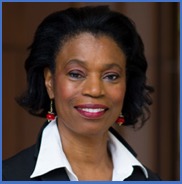 Anita L. Allen is the Henry R. Silverman Professor of Law and Professor of Philosophy at the University of Pennsylvania. An internationally renowned expert on privacy law and ethics, she is recognized for contributions to legal philosophy, women’s rights, and diversity in higher education. From 2010 to 2017, she served on President Obama’s Presidential Commission for the Study of Bioethical Issues. She was presented the Lifetime Achievement Award of the Electronic Privacy Information Center in 2015 and elected to the National Academy of Medicine in 2016. Dr. Allen’s books include Unpopular Privacy: What Must We Hide (Oxford, 2011); Privacy Law and Society (Thomson/West, 2017); The New Ethics: A Guided Tour of the 21st Century Moral Landscape (Miramax/Hyperion, 2004); and Why Privacy Isn’t Everything: Feminist Reflections on Personal Accountability (Rowman and Littlefield, 2003). 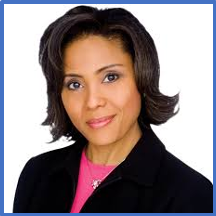 Joyce Evans joined the FOX 29 News team in 1996. She anchored the FOX 29 News at Six and FOX 29 News at Ten programs every Saturday and reported for the FOX 29 News, producing in-depth segments on health and other topics. An award-winning journalist, Ms. Evans’s work has garnered many prestigious awards and nominations, including five Mid-Atlantic EMMY Awards as an individual reporter and numerous others for group projects. She has received numerous honors for her service to the community, including awards from the Children's Miracle Network, the American Red Cross, Temple University's Adult Career retraining programs, the NAACP, the Black Law Enforcement Officers Association, and the Spruce Adolescent Counseling and Education Project. Ms. Evans is an active member of Delta Sigma Theta Sorority, Inc., the National Association of Black Journalists, the Delaware Valley chapter of The Links Inc., and a number of other public service organizations. She retired in August 2020 after 24 years at FOX 29. 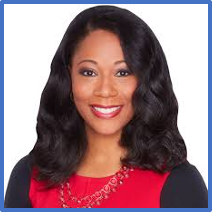 Shawnette Wilson joined the FOX 29 News team in January 2007 as a general assignment reporter and fill-in anchor. She can currently be seen Monday through Friday reporting for the 10 and 11 p.m. news.  Ms. Wilson has covered major breaking news and was part of lead team coverage for the Phillies' 2008 World Series victory, the Pope's visit in 2017, the 2016 Democratic National Convention and the Philadelphia Eagles' historic 2018 Super Bowl victory. Ms. Wilson received Emmy nominations from The National Academy of Television Arts and Sciences for stories on stranger danger/child abductions and sextortion involving children victimized and blackmailed by online predators. Originally from Baltimore, Maryland, Ms. Wilson is a graduate of Long Island University, Brooklyn Campus, in New York. She is a member of Alpha Kappa Alpha Sorority Inc., and the National Association of Black Journalists. 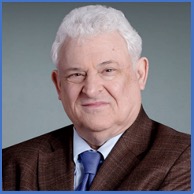 Arthur L. Caplan is the Drs. William F and Virginia Connolly Mitty Professor and founding head of the Division of Medical Ethics at NYU School of Medicine, New York City. Prior to his current position, Dr. Caplan was the Sidney D. Caplan Professor of Bioethics at the University of Pennsylvania Perelman School of Medicine in Philadelphia, where he created the Center for Bioethics and the Department of Medical Ethics. An internationally renowned expert in medical ethics, Dr. Caplan is the recipient of many awards and honors including the McGovern Medal of the American Medical Writers Association and the Franklin Award from the City of Philadelphia. He was a USA Today 2001 “Person of the Year” and was described as one of the ten most influential people in science by Discover magazine in 2008. The author of numerous books and articles, his most recent books are The Ethics of Sport (Oxford University Press, 2016 with Brendan Parent) and Vaccination Ethics and Policy (MIT Press, 2017 with Jason Schwartz).