Rosemont College Receives the 'It's On Us PA' Grant 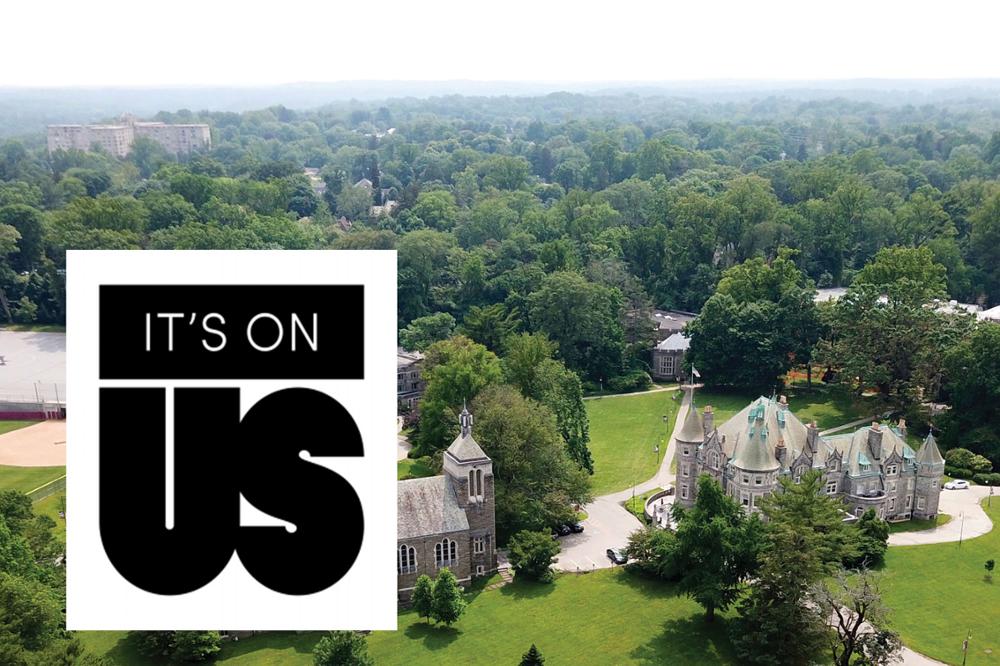 March 20th, 2018. Rosemont College has been awarded a $21,735 grant as part of Governor Tom Wolf’s commitment to combating sexual assault on Pennsylvania college and university campuses through the Department of Education’s “It’s On Us” grant program. The College will use the grant to expand educational efforts around sexual misconduct and sexual violence on campus and at 15 local high schools.

“We are thrilled to be a part of Governor Wolf’s initiative for ending sexual violence,” said Jane Federowicz, Rosemont’s Assistant Vice President of Human Resources and Title IX Coordinator. “With the grant funds, Rosemont College will be able to expand our assessment of the current culture of respect and sexual misconduct as well as provide more awareness and education/training to the entire Rosemont Community.”

She added, “We are also very fortunate to be able to share the rewards of this grant by including area high schools in the assessment and training initiatives.”

Rosemont College is committed to upholding and implementing the three pillars of the “It's On Us” campaign: consent education, increasing bystander intervention, and creating an environment that supports survivors. Among the initiatives planned for the 2018-19 academic year is a gender and sexual misconduct campus climate survey, which will be given to students, faculty, and staff at Rosemont College and 15 area high schools. The College will also hold symposiums on sexual assault prevention and response for the College community and selected student leaders from 15 area high schools.

“To say that I'm excited about this grant would be an understatement,” said Matthew Baker, Rosemont’s Director of Public Safety and Deputy Title IX Coordinator. “Rosemont College and its community will benefit enormously from the programming that will be established as a result of this initiative and our gratitude is immeasurable.”

Pennsylvania Gov. Tom Wolf launched the “It’s On Us PA” campaign on Jan. 29, 2016, building off the national campaign organized by the Obama administration in 2014. “It’s On Us PA” aims to increase awareness, education, and resources to combat sexual assault in schools, colleges, and universities. The campaign has awarded $950,000 in grant funds to 39 postsecondary institutions across the state.