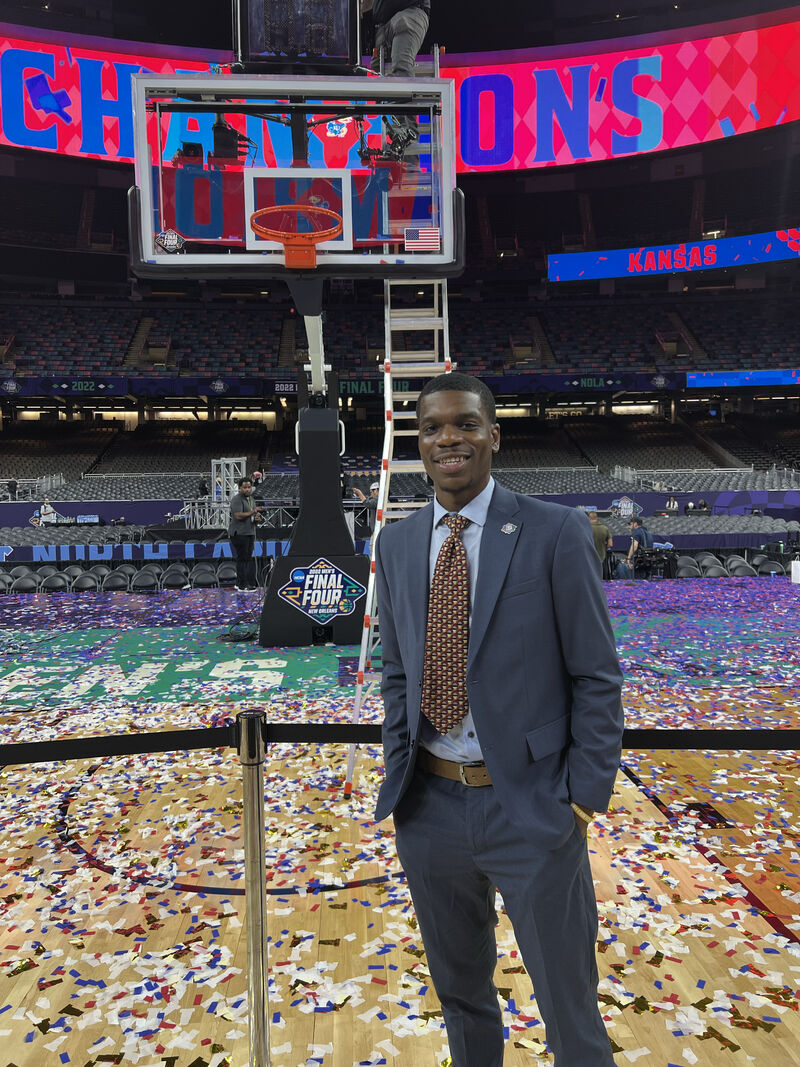 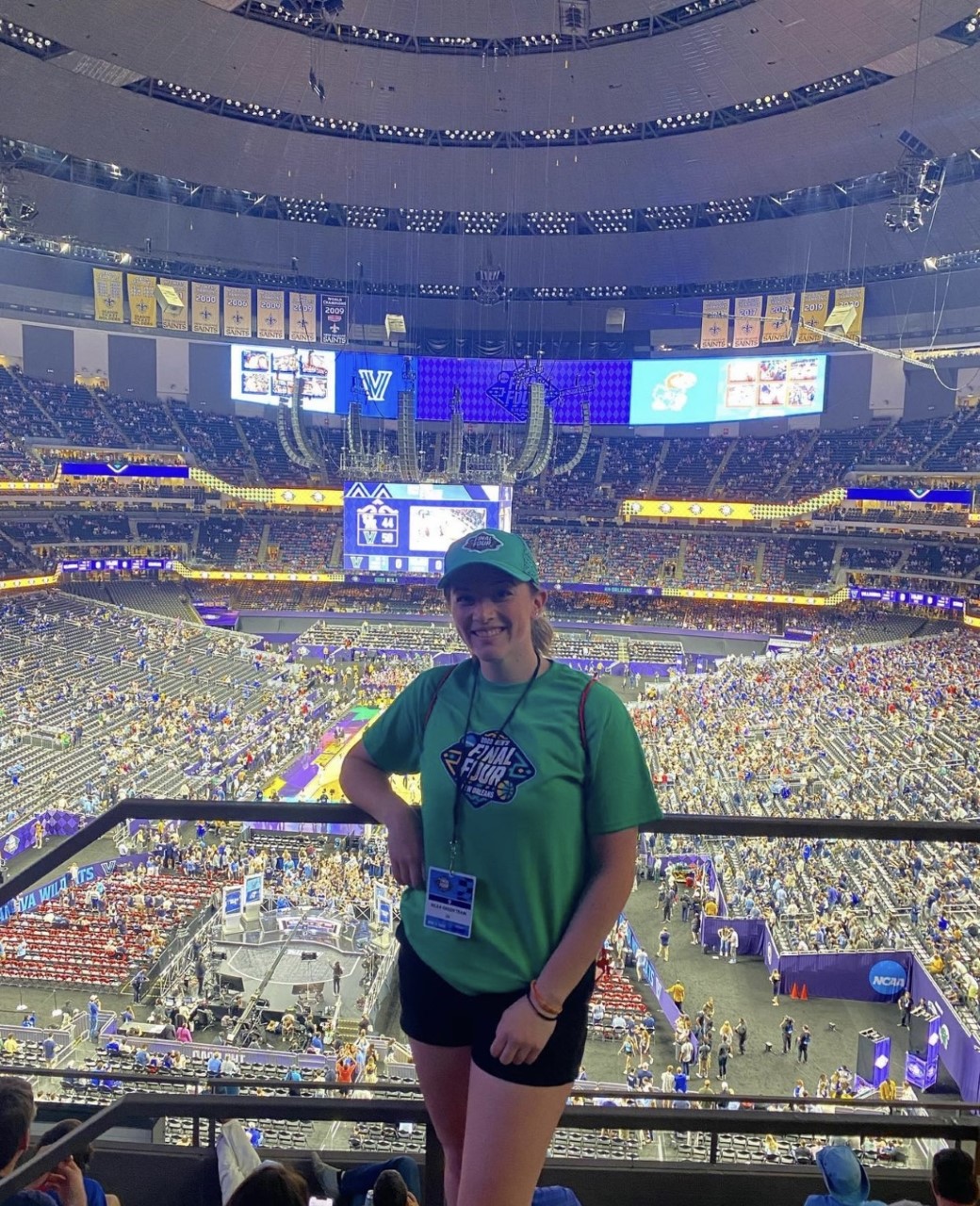 Tobi Joshuasville '21, a sport management major at Rosemont who is now a graduate student at Syracuse University, attended the Final Four in New Orleans with the NCAA.

Tobi will start an internship with NCAA Division I men's basketball this June. The NCAA flew him to the Final Four to learn more about the tournament so that when he is helping to coordinate the 2023 Final Four in Houston, he had already gained some background and work experience.

"I was given the opportunity to work the Final Four in New Orleans," said Tobi. "It was an amazing experience learning and connecting with the best of the best! I am looking forward to start working with everyone in June as we begin to plan for the 2023 Final Four in Houston!"

Brittney Strauss '22, a political science and sports governance major, attended the Final Four in New Orleans as a volunteer with the New Orleans host committee. She worked guest services and as a member of the recycling initiative during the Kansas v Villanova game. Brittney also had the opportunity to tour LSU and talk to industry professionals while she was there.

"I learned to take risks and to bet on yourself when it comes to going after your career aspirations," said Brittney. "Working the Final 4 and the Super Bowl this year has given me two experiences of a lifetime that will further advance my career in such a competitive field of sports."