Office of Marketing and Communications - October 28, 2022 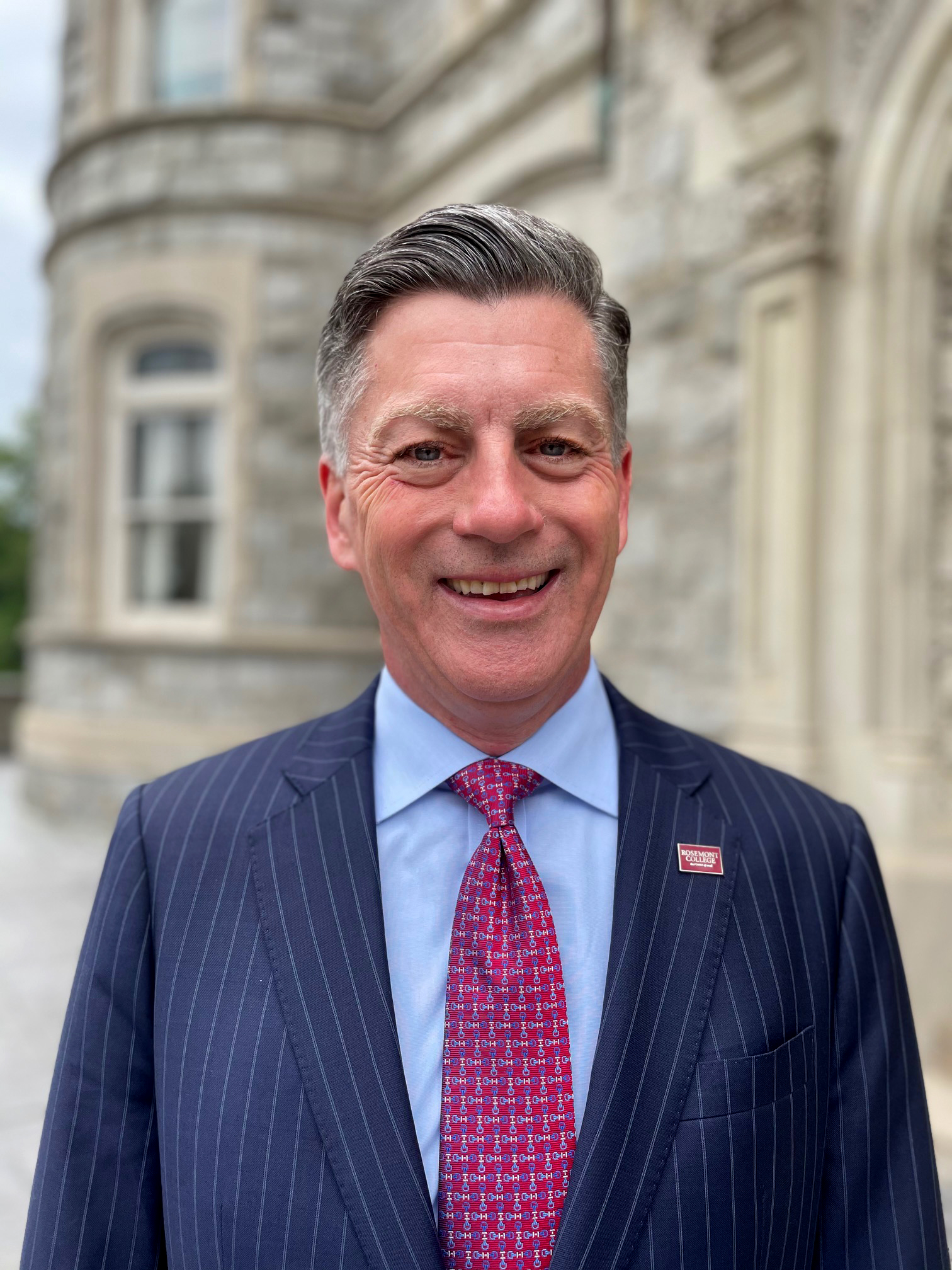 Cawley has served as Rosemont's interim president since June 21. His contract has been extended to June 30, 2028.

"Given his distinguished career and track record of public service and executive leadership experience, it is no surprise that during the last four months as Interim President, Jim has demonstrated exemplary leadership as the College concluded its Centennial celebrations looking back on the College's past 100 years and begins the new strategic planning process to ensure the Rosemont’s future success," said Maria Feeley, Esq., chair, Rosemont College Board of Trustees and chief legal officer and general counsel of Washington and Lee University.

"Jim has begun cultivating strong relationships with students, faculty, staff, alumni, donors, local legislators, and other community partners. He has already seen significant fundraising success, and he has ensured a seamless presidential transition as the College continues to enjoy robust enrollment, the opening of a newly renovated Mayfield Residence Hall, and the implementation of new strategic programs and initiatives aimed at enhancing the student experience. Jim was a finalist for our 2019-2020 presidential search but had to withdraw from consideration for family reasons. We kept in touch with him as a potential trustee candidate and were thrilled that he was willing to step into the presidency role. The Board admires his passion and vision for Rosemont and is confident in his ability to lead the college forward during this exciting and transformational time," said Feeley.

"I'm honored to accept the role of president of Rosemont College," said Mr. Cawley. "During the last four months, I have had the privilege of getting to know the members of the Rosemont College community. Rosemont has a rich history and a bright future. We recently celebrated our Centennial year and now the important work begins as we chart a path forward for the next 100 years. I am looking forward to working with the entire Rosemont community on our new strategic planning process as we lay the groundwork for our future."

Cawley most recently served as Temple University's Vice President of Institutional Advancement (IA) from 2017-2021 where he spearheaded development efforts that raised over $360 million in four fiscal years and led a staff of 140 employees across 18 different schools, colleges, and units. He played a key role in advancing IA’s diversity, equity, and inclusion (DEI) efforts by improving recruitment and retention of underrepresented populations, adding diversity and inclusion representatives to senior leadership meetings, and implementing a series of self-guided and expert-led DEI trainings. Cawley served in a leadership role to prepare a strategic plan for the University. He was also responsible for engaging with a 360,000+ alumni population.

Prior to Temple, Cawley served as President and CEO of the United Way of Greater Philadelphia and Southern New Jersey from 2015 to 2017. There, he led the organization’s efforts to improve education, income, and health for the region’s most vulnerable populations; conceptualized several successful fundraising campaigns; and refocused the organization's mission.

In addition to his deep experience in higher education and the nonprofit sector, Cawley spent nearly two decades in public service at the state and local levels. He served as the 32nd Lieutenant Governor of Pennsylvania from 2011 to 2015 and as County Commissioner of Bucks County from 2006 to 2011, helping to grow Bucks County Community College into the renowned local institution it is today.

A native of Bucks County and lifelong resident of the Greater Philadelphia area, Cawley is passionate about the region and fosters close relationships with leaders in government, business, and education throughout the area.

Cawley earned his Bachelor of Arts degree in political science and his Juris Doctor degree from Temple University. He has also been awarded honorary degrees from Delaware Valley College and Harcum College.

Founded in 1921 by the Society of the Holy Child Jesus, Rosemont College is a private, coeducational institution that is rooted in Catholicism and welcomes people of all faiths. Rosemont offers a comprehensive education through small group and experiential learning experiences while providing campus-wide academic, spiritual, and professional support. The College respects and embraces diversity and individuality and promotes students' lifelong success.