Employee of the Month: Roy Fisher 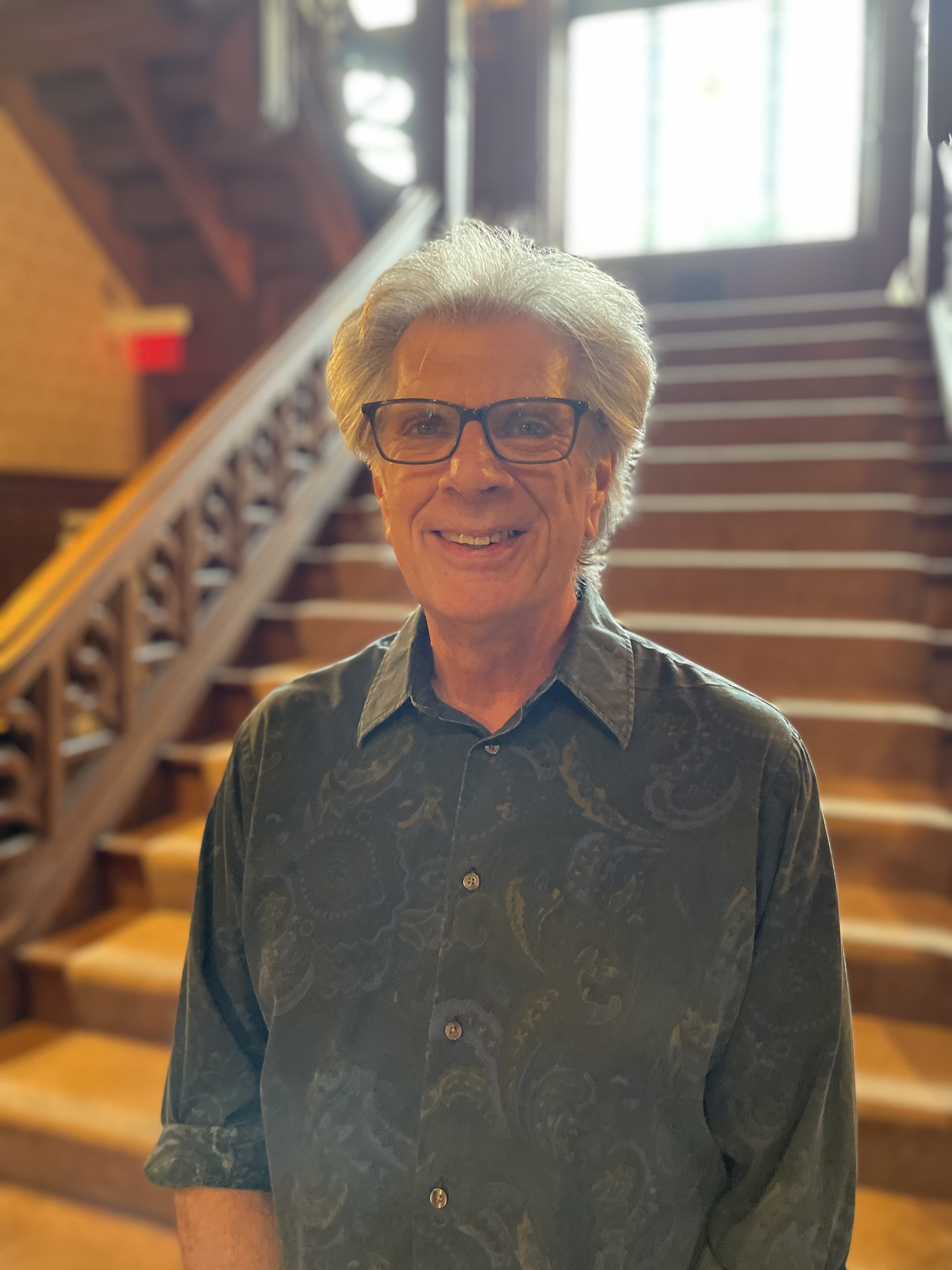 Like clockwork, Roy Fisher has made his morning and afternoon mail rounds through campus for more than 30 years. What you may not know is that at first it took some convincing for Roy to join the Rosemont community.

“A former supervisor of mine had landed a job as business manager here,” he said. “When a position in the mailroom opened up, he reached out to me to see if I’d be interested. I turned him down twice because I thought it was too far to travel every day for work from where I lived in NE Philadelphia at the time. The third time he asked me, I’d just been laid off from my position at the PA College of Chiropractic and had a 3-month-old son. I took the job.”

He joined the Rosemont community in January 1987 and, soon after, he found himself making plans to leave the role.

“I am also a musician and not long after I started working at Rosemont, I got a job with a high-profile Philly band that had caught the attention of a major label record company, so I started making plans to leave Rosemont,” he said. “Important lesson learned: Things don’t always work out the way you plan…but they usually work out.”

Roy decided to stay at Rosemont, and on June 30 he retired after 35 years of service as the mailroom coordinator. At his retirement party, he was awarded Rosemont’s Employee of the Month for his dedication to the College.

Known for his office chats during campus rounds to pick up and deliver mail, Roy has had the opportunity to interface with every member of the Rosemont community.

“The thing I've enjoyed most about working in the mailroom is my daily interaction with everyone on campus,” he said. “I’m in and out of offices on a daily basis, seeing my co-workers for a friendly interaction and a quick chat, then on to the next one.”

It is these brief conversations that Roy will miss the most, he notes, especially his direct connection to the students over the years.

“I always enjoyed the interactions I had with the students when they would come to the mailroom to pick up their letters and packages,” he said. “It was like I was their connection to the outside world - especially in the days before email. It’s also been a privilege to watch students come into their own during their time at the college.”

Rosemont has also been a significant part of Roy’s family life. His two sons attended Rosemont and worked at the college. His youngest son, Sean, studied psychology and graduated with the first coeducational class in 2013. Not too long after graduation, Sean worked at Rosemont as an Admissions Counselor and now lives and works in the Harrisburg area.

Roy’s oldest son, Michael, attended the MFA program while he was working in Rosemont’s Payroll Office and graduated in 2016. He is currently a professor of English Composition and Creative Writing at Rowan University.

“It was always a treat for me to have my sons here on campus.” he said. “Actually, when they were little, I used to work on Saturdays. I would bring them in with me and they would deliver the mail to the sisters in Main Building. So, they basically grew up here. Getting to hand them their diplomas at their graduations were the proudest moments of my Rosemont career.”

“Rich approached me about joining, as he knew I was a bass player,” he said. “My favorite thing about The Petaltones is it’s the only organization on campus to have administrators, faculty, students, and staff as members, and no one is excluded. Additionally, there are no ‘auditions.’ If you show up, you’re in! You get to play or sing with the band. It’s a truly collaborative effort.”

Outside of Rosemont, Roy continues to perform as a musician.

“I’ve played bass in bands since I was 15 years old,” he said. “I’ll hopefully be picking up a lot more work doing that in my newfound free time! I also collect records. I have quite a lot of albums, but my main focus has always been 45 rpm “singles,” so I’ll be shopping around for new stuff to add to my collection. My wife, Denise, and I also like to spend time with our sons and their wives, travel, and go to antique shops.”

“Rosemont has and always will mean a lot to me and my family,” he said. “I’ve spent over half my life here, so I have very strong emotional ties to the College and a lot of the people who work here. I will cherish those memories always.”