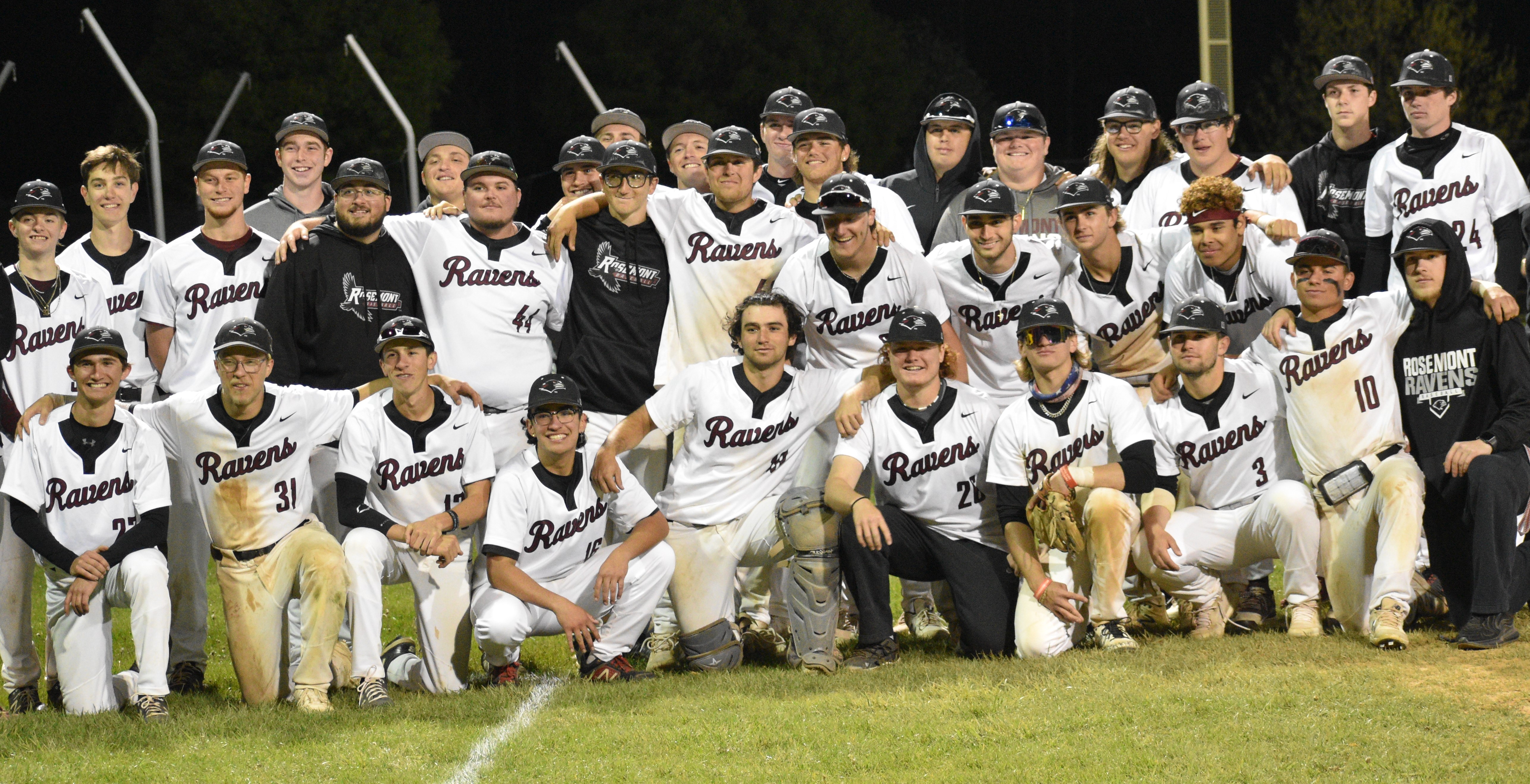 The Rosemont College Baseball team has been honored by the Colonial States Athletic Conference with the 3-D Award for Team Sportsmanship. This prestigious accolade recognizes the teams in each sport that best demonstrate the NCAA Division-III philosophy of “Discover, Develop, Dedicate.”

"I am extremely proud of our new program for being recognized by the CSAC for this honor," said Head Coach Ross Trachtenberg.  "Our goal as a program is to compete at the highest level on the field, while also adhering to the highest standards of sportsmanship."

Freshman Dominic Younger was named to the All-Sportsmanship Team, as determined by his teammates and coaches.

"This award could have gone to so many of our players." said Trachtenberg. "However, Dominic truly exemplifies the very best of the attributes of being a great teammate. He made the players around him not only better baseball players, but also better people."

Two Ravens were also honored with End of Season Awards. Freshmen Derek Shillingsford and Chris Walton were named to the Honorable Mention All-CSAC Team. Shillingsford led the team in hits (31), home runs (3), RBI (27) and batting average (.313). Walton had a stand-out season defensively at third base and catcher while hitting in the middle of the Ravens’ line-up.