Office of the President

At Rosemont, our mission is centered on “meeting the wants of the age.” Each of our presidents has made tremendous strides in fulfilling this commitment. From the Board of Trustees to the President, faculty and staff, Rosemont College is a community focused on optimizing student outcomes and experiences. 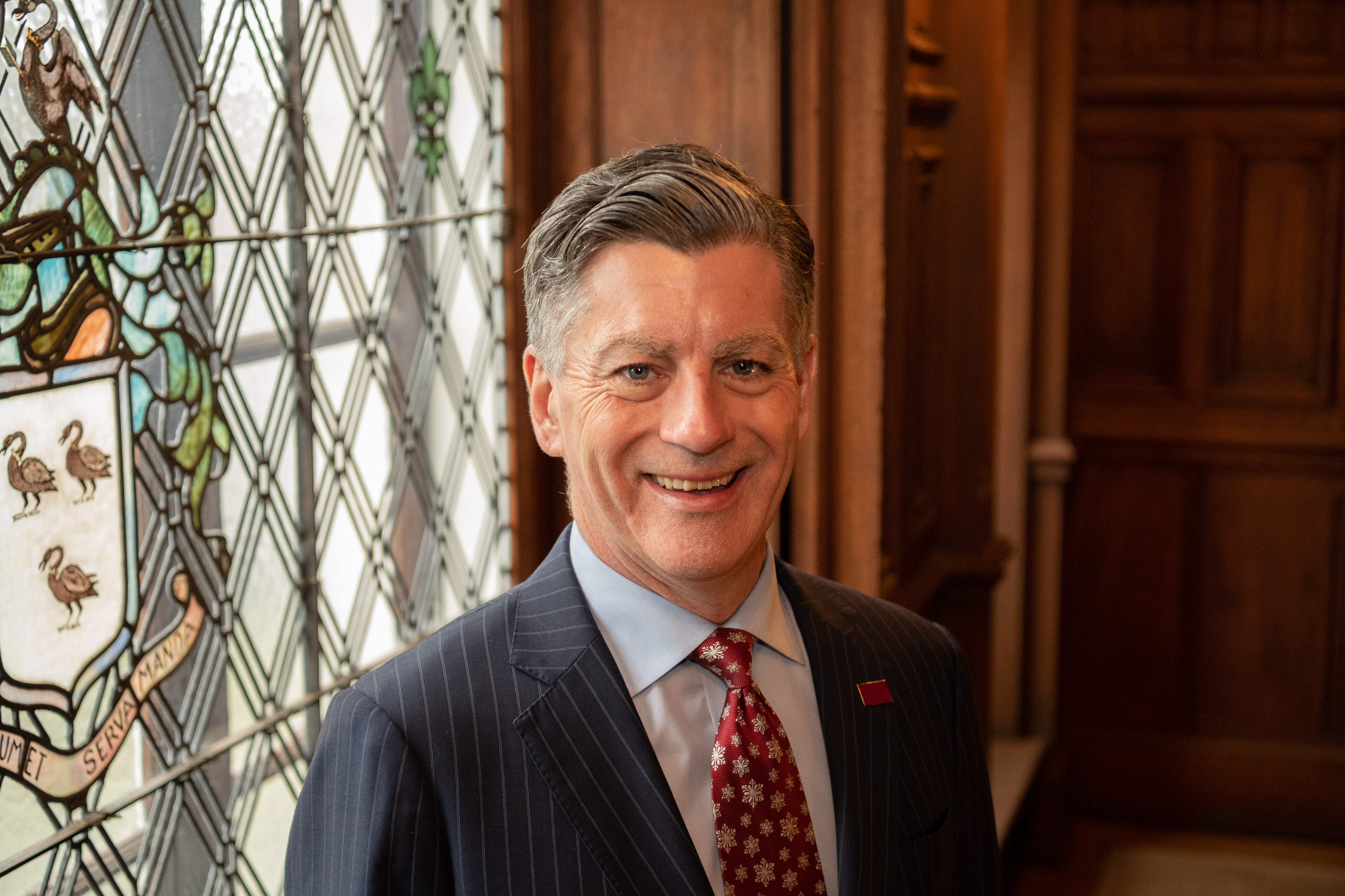 The Rosemont College Board of Trustees named Jim Cawley as the College’s 15th president on October 28, 2022.

Cawley was unanimously named interim president of Rosemont College by the Board of Trustees on June 3, 2022. His contract has been extended to June 30, 2028.

A nationally recognized civic leader, academic administrator, and attorney, he brings more than 25 years of experience in public service to Rosemont.

As a first-generation college student, Cawley is a steadfast advocate of the transformative power of higher education. He is passionate about Rosemont’s personalized approach to education and believes that Rosemont is uniquely positioned to provide a high quality, affordable, and accessible education to students from all backgrounds.

Cawley most recently served as Temple University’s Vice President of Institutional Advancement (IA) from 2017-2021 where he spearheaded development efforts that raised over $360 million in four fiscal years and led a staff of 140 employees across 18 different schools, colleges, and units. He played a key role in advancing IA’s diversity, equity, and inclusion (DEI) efforts by improving recruitment and retention of underrepresented populations, adding diversity and inclusion representatives to senior leadership meetings, and implementing a series of self-guided and expert-led DEI trainings. Cawley served in a leadership role to prepare a strategic plan for the University. He also was responsible for engaging with a 360,000+ alumni population.

Prior to Temple, Cawley served as President and CEO of the United Way of Greater Philadelphia and Southern New Jersey from 2015 to 2017. There, he led the organization’s efforts to improve education, income, and health for the region’s most vulnerable populations; conceptualized several successful fundraising campaigns; and refocused the organization’s mission.

In addition to his deep experience in higher education and the nonprofit sector, Cawley spent nearly two decades in public service at the state and local levels. He served as the 32nd Lieutenant Governor of Pennsylvania from 2011 to 2015 and as County Commissioner of Bucks County from 2006 to 2011, helping to grow Bucks County Community College into the renowned local institution it is today.

A native of Bucks County and lifelong resident of the Greater Philadelphia area, Cawley is passionate about the region and fosters close relationships with leaders in government, business, and education throughout the area.

When he’s not walking around campus getting to know members of the Rosemont community, Cawley enjoys spending time with his wife, Suzanne, and their 15-year-old son, Nick. He likes to cook, golf, follow Philadelphia sports, and read historical non-fiction.

Cawley earned his Bachelor of Arts degree in political science and his Juris Doctor degree from Temple University. He has also been awarded honorary degrees from Delaware Valley College and Harcum College.

Cawley’s commitment to service extends to roles on the boards of Conwell-Egan Catholic High School, his Alma Mater and CoMans Inc., a non-profit social service provider. Further, he is a former board member of Temple University, Manor College, Bucks County Community College, and Lower Bucks Hospital.